Where It All Goes (Aircraft Toilets)

If you look at the photo of the toilet in a modern plane, you can see a full-fledged bathroom with a toilet, sink and changing table. Water for consumption on board is loaded before each departure.

When you flush, a trapdoor in the base of the toilet opens and Skykem fills the bowl. The loud roar you hear when you flush isn’t actually waste material exiting the plane into the atmosphere, despite the urban legends — it’s the vacuum sucking the contents out of the waterless bowl. And it’s not a small roar; the speed at which the contents exit the bowl have been clocked at a velocity faster than a Formula 1 race car.

Some types of aircraft have a single water supply system, where water from a single tank is used for boiling, drinking, washing hands and flushing toilets. This mechanism is installed in the A320 models. The Boeing 737 and Tu-154 have a separate tank with water intended only for draining.

There are closed-type sewer systems. On aircraft with a similar waste disposal mechanism, the feces are filtered; the solid is fed into the storage tank, the liquid is disinfected and used for subsequent flushing of the sewage system on board. 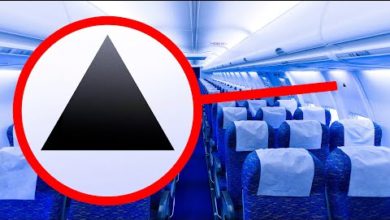 Why Are There Black Triangle Signs In Aircraft Cabin? 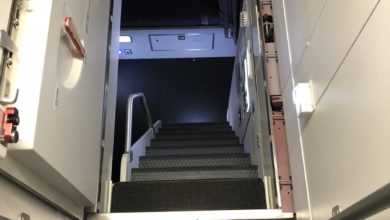 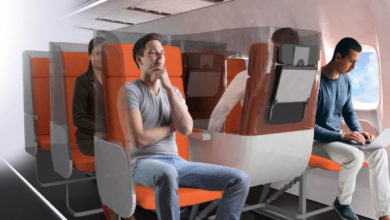 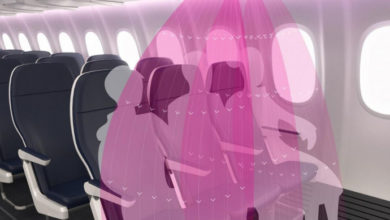 Invisible air shields will save from coronavirus on the plane 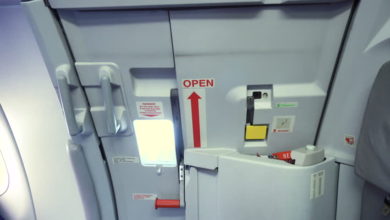 What happens if you try to open an aircraft door mid flight? 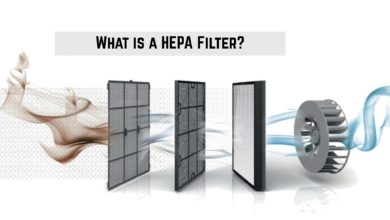 What Is The HEPA (High Efficiency Air Particulate) Filter? 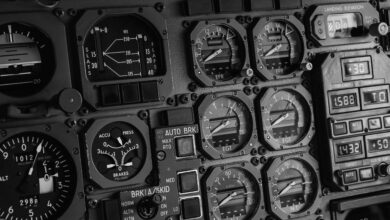 Do Airplanes Have a Reverse Gear? 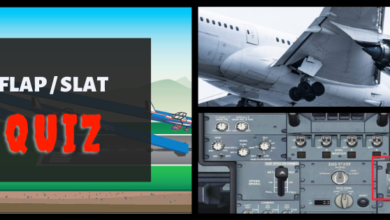 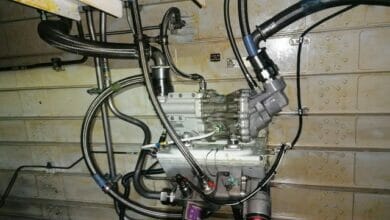 Why Are There Black Triangle Signs In Aircraft Cabin?

Where It All Goes (Aircraft Toilets) 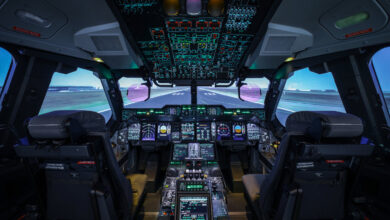 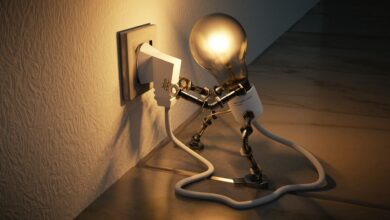 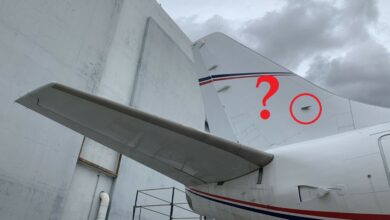 Why does B737 have pitot tubes on vertical stabilizier?